I’ve been president of the local JACL (Japanese-American Citizens League) chapter since january, and vice-president (the guy who barbeques for 100 people) for two years prior, but this position is a lot more demanding because i have to go to a lot more meetings and functions. Worst of all I have to meet people and try to remember their names. This is painfully difficult for me. Being elected to this position is no big deal. It’s more like the position was forced on me since no one wants to take on the responsibilities.

A month ago, I had to go to a fundraiser dinner up in Blackhawk in order to present the previous President, Tony, with an award. The food was terrible. the wine was pretty insipid as well, so i had to drink a lot of it. The location was, however, quite interesting. The event was held at the Blackhawk Antique Car Museum. I was expecting some kind of old barn with 50s and 60s chevys and fords. You can imagine my surprise when I walked up to the beautiful facility to see a vintage Ferarri on display in the entrance. The collection was quite amazing with old Rolls Royces, Jags, Mercedes, Ferraris, Mazeratis, BMWs. There was even an old buick or cadillac from the art-deco period complete with lalique hood ornament. Checking out the cars was definitely fun.

There was an embarrassing moment during the award ceremony. I attempted to dawn the award upon Tony, and the ribbon was too small to fit around his head. It was a combination of the ribbon being too small and the head being too massive. Anyways, Checking out the cars was definitely fun.

Kristi Yamaguchi, gold medal olympic blah blah, contributed her time and a big donation to the event as well. Her father was sitting at our table for the first half of the presentations, then she and her mother joined us later. She’s quite tiny, and surprisingly more attractive in person. I guess she suffers from being photogenically challenged too. Anyways, Checking out the cars was definitely fun.

Now I’m committed to going to other events like these district meetings. I went to one in Monterey a few days ago, and the people involved are typically much older, but they have such odd perspectives on issues like education and race relations. It’s like a superficial political correctness without a deeper understanding of cultural awareness. It’s like they’re too assimilated by american culture, and to make matters worse, it’s influenced by California “wanna-be” liberalism. I’m quite tempted to bring the voice of pragmatism to the table and participate on some councils- which is exactly what Tony wants. For now, i think i’ll just play the part of the stereotypical shy japanese boy who doesn’t say anything… Maybe if I sulk down in the chair at meetings, they will forget that I’m present!

We shall see what happens… 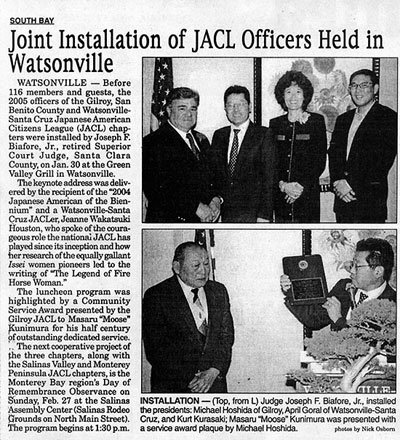