So…. The Props did not have a booth at the 2009 Winter NAMM, and they were missed. I ran into a lot of people asking where they were hiding and had to deliver the sad news. I wish I could say that this left a large void at the convention, but it didn’t. There were quite a few exciting things (at least to me) on exhibit.

Unfortunately, I don’t have the time at the moment to go into too much detail, so I’m posting up the images now and shall fill the text over the next few days.

Akai’s Ableton Performance Controller APC-40. Designed specifically for Live 8. How cool is this? With the Max for Live version, you can program the interface to do more than simply trigger scenes. I don’t think monome users have anything to worry about. While it looks similar, the device is intended with a specific purpose to work with live. The combination of the two would be the ultimate in computer based performance.

Ableton announced several new offerings to Live and offers various packages including Live Suite 8, Live 8, and coming soon, Max for Live. Of these, Max for Live really looks interesting since it is a complete version of Cycling 74’s Max 5 environment along with objects dedicated to control and interface with features of Live 8. Loopers are going to love the new loop effect as well. The transport and timing can all be enabled to lock to the loop settings - including the Max Transport: yes this opens up a world of real time possibilities.

John Bowen Solaris Synthesizer. The production version is nearly complete and they are available in a limited edition.

Jazz Mutant Lemur is on sale! for another 6 weeks, there’s a substantial discount on the coolest control surface ever! 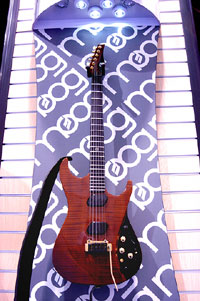 Melodyne Editor with Direct Note Access technology - DNA. Holy Sh*t! I can’t believe they did it. It works great with musical content.

genoQs Octopus - really fascinating design. This is a massive console version that was on display next to the Buchla systems. 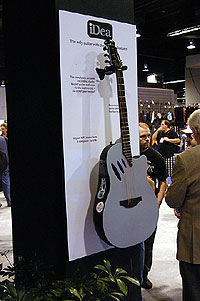 An MP3 recorder in your guitar… Really….That’s the Ovation iDea

Use Audio’s Plugiator is a Plug Host with preconfigured controls for their software.

Redmatica Keymap gets an update which now will feature mapping for the NN-XT and Reason!

Sound Blox effect pedals. They have a motion sensor that attaches to your finger to send a modulation control to any of their effect pedals.

Stanton DaScratch USB control surface. They had this mapped to tractor and serato, but it can be applied to anything.