My friends, Dave Boyle, Gary Chou, and Goh Nakamura asked me to be a part of another film / music / soundtrack project, officially titled Daylight Savings. To make matters a bit more confusing, the film is also called Surrogate Valentine 2.0 - essentially its ’s a sequel-ette to Surrogate Valentine (1), where Goh plays a struggling musician from San Francisco who is also coincidentally named, Goh.

The cast and crew of Daylight/SV2 came to my little rural community of San Juan Bautista to film some the scenes, and I was ‘recruited’ into the production staff - fetching coffee and lunch; finding extras and props; and BBQ-ing. A little situation arose when we tried to secure a location, and we had to deal with ’small town’ politics. Poor Dave was put in an uncomfortable situation which required some diplomacy, but after seeing the footage from that scene, it was absolutely worth the effort. Helping out in the production was quite good fun, and it got the people in town talking about the making of a movie.

I’m happy to announce that Daylight Savings has been accepted to the SxSW Film Festival, and makes it’s world premiere on Saturday, March 10 in Austin, Texas! Screenings continue throughout the week during the SxSW Music Festival. DS/SV2 debuts in California at the San Francisco International Asian American Film Festival on March 11. 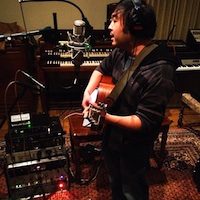 We’re putting together a soundtrack album, and I’m reviewing the final masters before we go to duplication. The album features Goh’s songs from both SV and SV2.0, interwoven with various music cues. Like the films, the music is quirky and weaves a strange little tale. Stylistically, the material is ‘all over the place’. There are pieces in Goh’s singer/songwriter style with an Elliot Smith / Beatles influence, but interspersed are other pieces that draw from the Beach Boys, Roy Orbison, the Police, Django Reinhardt, and we added a touch of punk elements, too… eclectic is one way to describe it!

The soundtrack was the effort of many talented people who helped raise Goh’s music to an entirely different level. I want to acknowledge and thank everyone involved:

Motion from the Music Picture 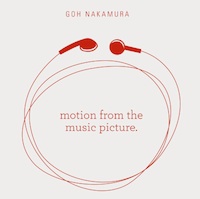 We used an extensive range of technologies for the recordings and primarily relied on Reason and Logic for the final cues and album, which is titled Motion from the Music Picture. The album features a great new track called Walk, and singles from the first film. My personal favorite is a cover of Daylight Savings, rearranged and performed by Sadie Contini. We took her guitar and really f-ed it up through a Metasonix TM-7 - it turned out ridiculously cool!

Once we have the details of duplication sussed, Goh will make an announcement: gohnakamura.com